Last night, we went to Jozsa Corner, a small Hungarian restaurant in Hazelwood. Dinner is by appointment only, and does not include options.

From the outside, it looks unprepossessing: 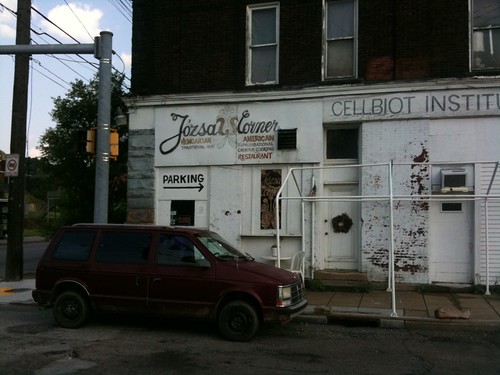 Inside, though, we met Alex Bodnar, the proprietor, and found him warm, welcoming, and convivial. He was surprised at how early we were; we apparently had some misunderstanding of our appointment time, but that was no trouble. Before speaking with him, I had feared that he would have a heavy unintelligible accent, but his accent was nearly homeopathic.

The dining space inside is a living room with two large tables: 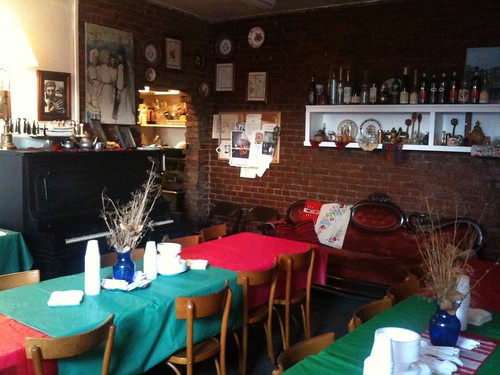 Our first course was langosh (Hungarian fire bread so named because it's dipped in hot oil before baking) topped with cheese and herbs. This was really good. 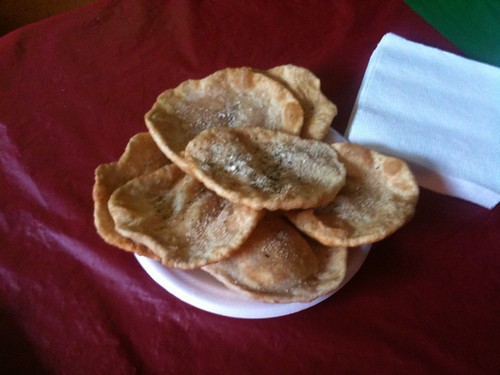 With it came an appetizer plate. The stuffed grape leaves were quite good--there seemed to be cheese in the filling. The sausage was clearly a close relative of pepperoni, but it seemed a little sharper or tangier; I'm not sure that it was pepperoni. 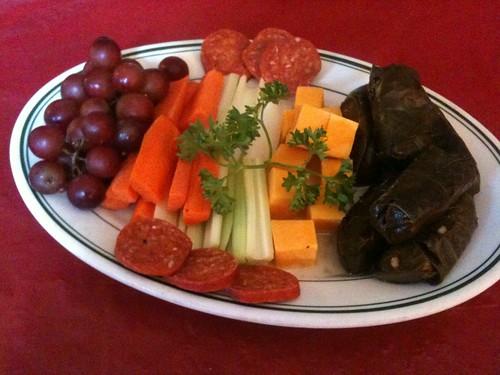 As we were eating that, he brought out a purple cabbage salad, which he recommended eating atop langosh. 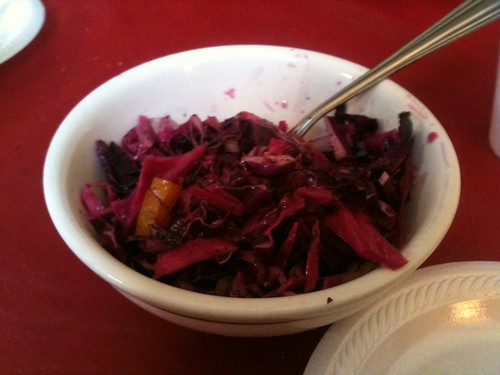 Second course: halushka, Hungary's form of noodles and cabbage. This was good stuff, in league with Pierogies Plus: 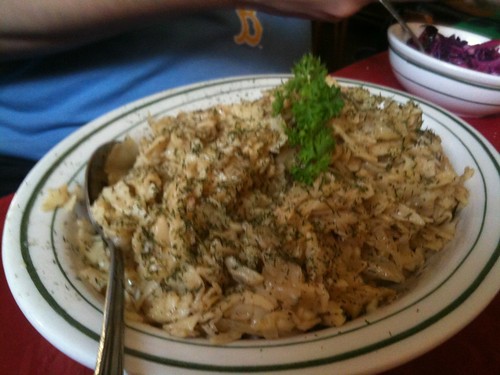 He brought out mushroom goulash, which he recommended eating atop the halushka. It was tasty and a bit spicy. Apparently I neglected to photgraph it.

Third course: braided peasant bread and Transylvanian goulash. The braided bread was a sturdy, dense bread; the goulash was a filling combination of braised pork and sauerkraut. He mentioned that the wax peppers atop the goulash came from his own garden. 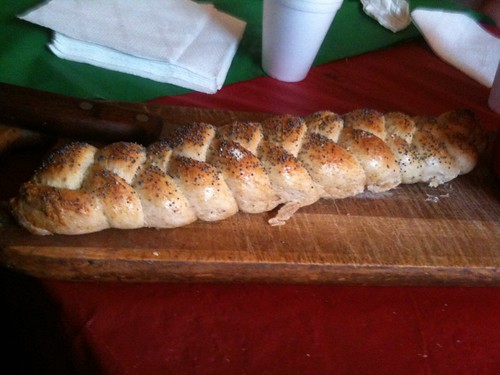 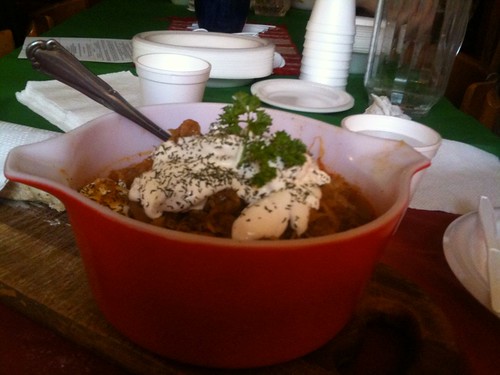 Fourth course: chicken paprikash, tender chicken in a savory broth with noodles. This was excellent, one of the highlights of the dinner: 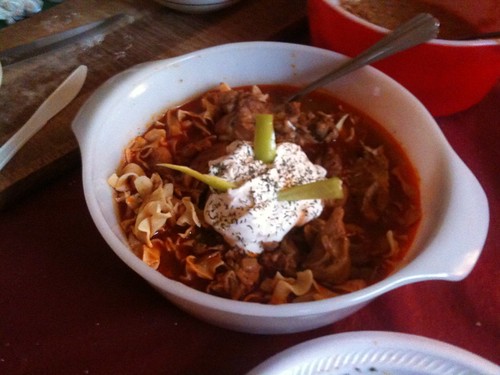 It came with vinegary cucumber salad:

I got a blurry picture of Alex singing "Happy Birthday" as he brought out dessert to one of the other groups: 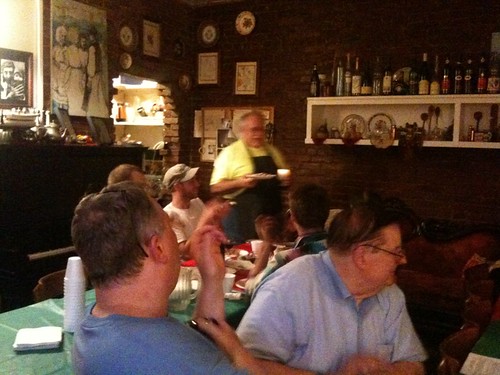 Dessert was a combination of langosh, dried apricots, dried cranberries, and chocolate chips, all topped with powdered sugar: 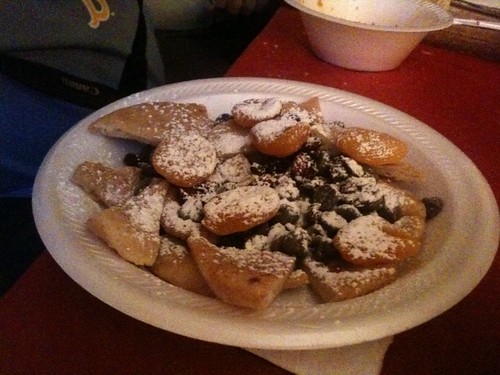 The food was quite good, but it was really the atmosphere and the chances to talk with Alex that made this an outstanding night. We will definitely be back.

As we left, Alex taught us a Hungarian blessing that was a favorite of his grandmother's. I don't remember the Hungarian, but the English translation was "May you live so long that your earlobes hang down to your ankles."
Collapse