Our last stop on the trip was Young's Jersey Dairy in Yellow Springs, Ohio. Young's is a dairy farm that has added a lot of things to draw tourists: an ice cream stand, a restaurant, a miniature golf course, a petting zoo, a hay ride and corn maze (in season), and so forth.

I'd hoped to get there in time to play miniature golf, but we didn't feel we had time for mini golf as well as dinner and the drive home. So we went to the Golden Jersey Inn.

Instead of a basket of bread, they brought us dishes of coleslaw, apple sauce, and sweet potato bread. The coleslaw was not special, but the apple sauce was excellent, with a touch of cinnamon enhancing the apple flavors. The sweet potato bread was fantastic, especially when spread with the cinnamon honey butter. It was so good that we bought a loaf as a gift and a loaf for ourselves. 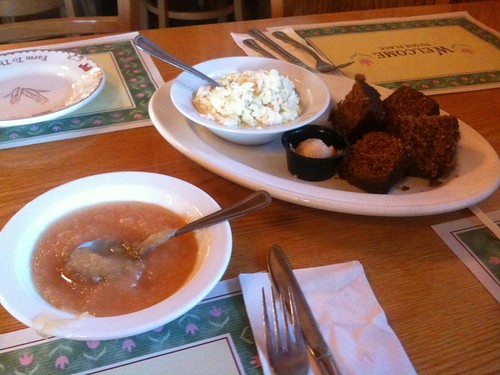 I ordered the combination meal with chicken and noodles and beef and noodles. I have a soft spot in my heart for thick noodles, and these obliged. Both the chicken and the beef were mild and savory. Were I to choose one of them for the next time, I'd choose the beef; the chicken was a bit too bland for my ideal. 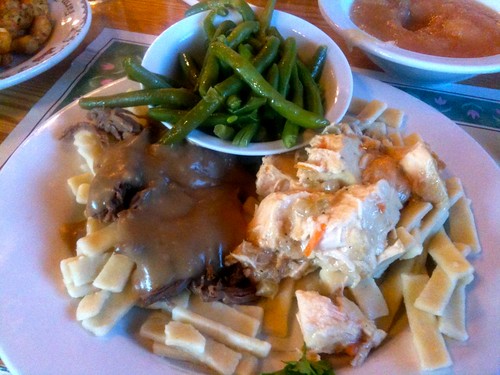 For a side, I got the deep-fried cheese curds. These were surprisingly non-greasy, with a clean herby taste and a texture that squeaked against my teeth a bit. 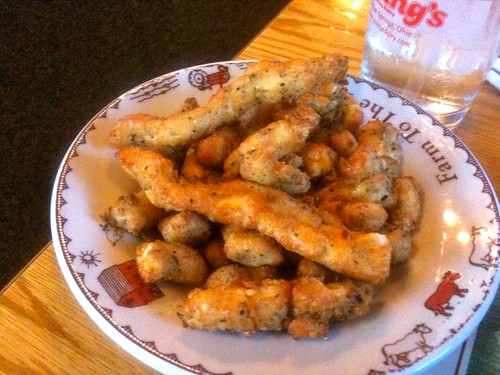 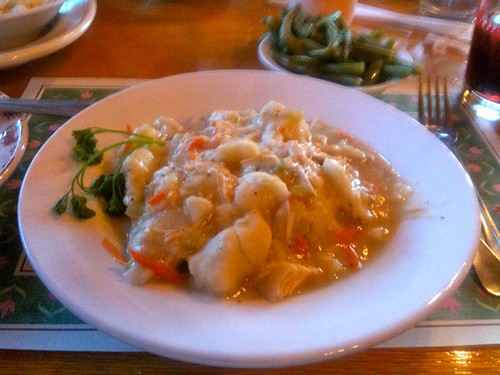 As we left the restaurant, we met a little orange cat who clearly considered herself the mistress of the premises, but graciously permitted our intrusion. 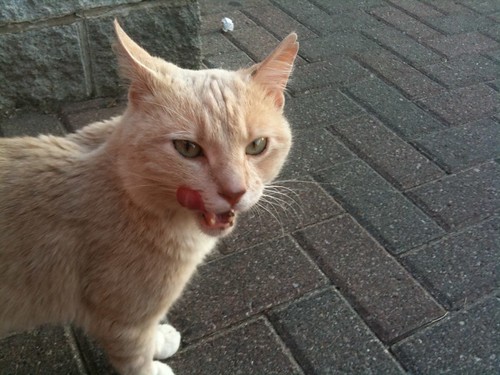 This sign shows a small fraction of the dairy-related names that were applied to anything that could be named. The dairy puns were everywhere. 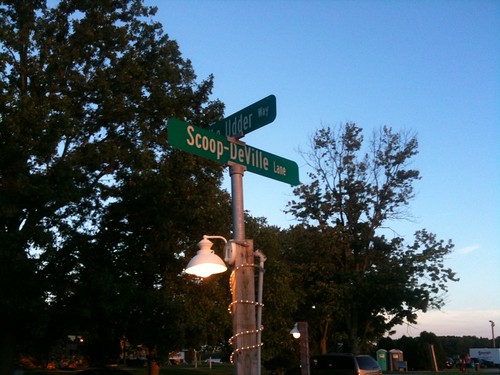 Lori drew my attention to the plaster cows that guided the line for ice cream, and particularly their sneakers and mascara. 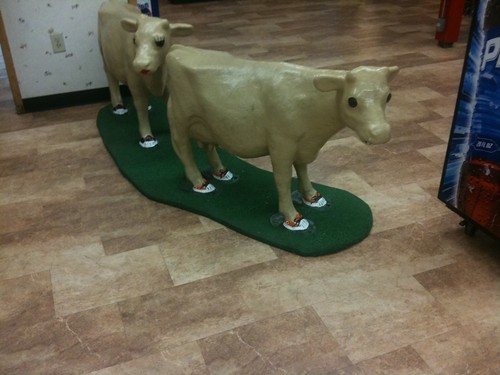 I regret that too much ice cream in New England has dulled my memory of the details of our ice cream, though it was very good. 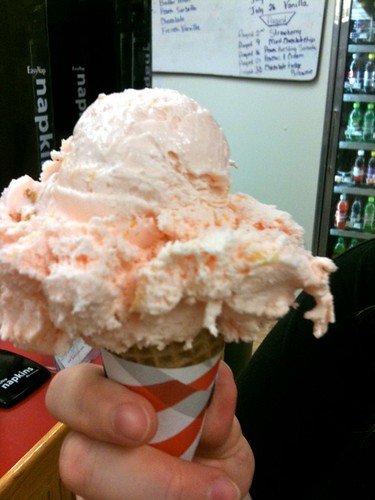 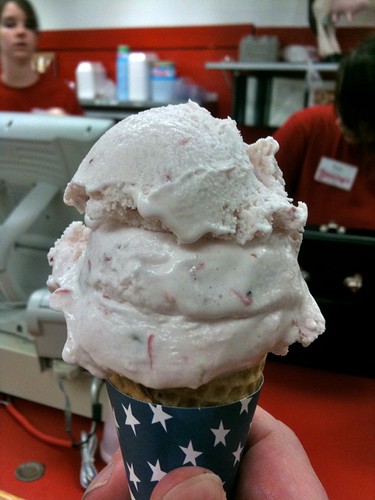 I read this article today: http://www.boston.com/bostonglobe/ideas/articles/2010/07/11/how_facts_backfire/
One-sentence summary: research shows that in a whole lot of cases, presenting people who have wrong beliefs with contradictory facts actually intensifies those wrong beliefs.

Thinking about this just frustrates me no end. I assume that I am vulnerable to this error. Yet I believe wholeheartedly in the idea that gathering facts and understanding is a key to making good decisions. How do I guard against this pattern of error in myself? How can I expect anyone else to guard against it?

We've made a couple of road trips recently. Our GPS isn't waking up anymore, so we've been trying to use the iPhone as a GPS.

For our trip to Kentucky, we used car charger for the iPhone, a cassette adapter to play music, and the MotionX GPS app. It basically worked. Having the GPS integrated with the phone allowed tricks like having the GPS app pause music playing from Pandora in order to announce turns more clearly. But we found that the iPhone would often complain about losing its GPS signal, so we had to leave the iPhone on the dashboard of the car with wires trailing to it.

So for our New England trip, I bought a windshield mount, the Magellan iPhone Car Kit. At first, it seemed like it would be a great advantage, but after a week of use, we were so vexed that we ended up returning it.
The good news:
• It strengthened the GPS reception to the point that we only lost our GPS signal in tunnels.
• The suction cup adhered strongly to the windshield; it didn't move at all over the course of the week.
• Being able to see the screen at a glance made it much easier to understand the directions we were given.

There was lots of bad news, though:
• When we connected the mount to the stereo, there was a staticky buzz whenever the iPhone played sound.
• The kit somehow prevented the iPhone from pausing Pandora in order to announce directions.
• It seemed to take longer to get a fix on our location and orientation. Often we would have to start driving and hope that the GPS figured out where we were and could reroute us successfully.
• The mount seemed unable to charge the iPhone reliably. On several of our trips, the iPhone would slowly discharge over the course of the trip.
• On several trips, the car kit would intermittently glitch out, both failing to charge the phone and silencing its voice directions. The effect was like being guided by a college student who's so sleep-deprived that he's falling asleep three seconds out of every ten.

I still feel that in my perfect world, it would be handy to have my iPhone be my GPS, because it would be integrated with my music and my cell phone and my contacts, and it would be easier to update software for the iPhone. But I do not feel that I've found a good solution yet; perhaps at this time, a standalone GPS unit is a better solution.
Collapse