When we had made our original plans for his trip, we'd planned to visit friends in New Jeraey on Sunday evening. But that fell through, and we hadn't really replanned for that gap. When we planned in Pepe's, I had been idly considering going to Meatopia in New York City. Lori pointed out, however, that when we had been to Northampton previously, the yarn store that she had listed as one of her craved New England destinations had been closed for July 4, so she hoped to visit there again before we left New England. So we planned to wend our way through Connecticut to Northhampton, visit the yarn store in the morning, and make a long drive home on Monday.

So, where to eat in New Haven before we set off? Chris Ayers had recommended Rawley's for superior hot dogs, but their answering machine said they were closed on Sunday. Louis Lunch has historical significance with this claim to being the origin of the hamburger, but their phone didn't answer. So we headed towards Super Duper Weenie. 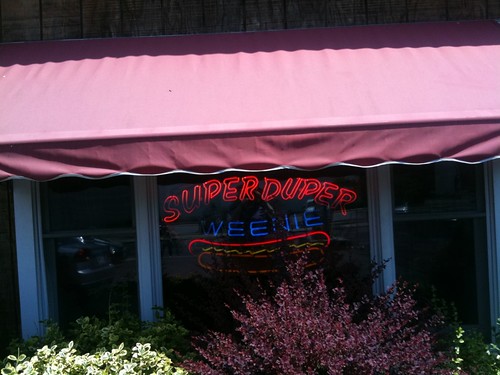 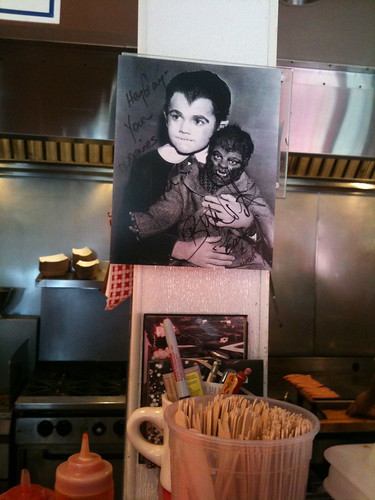 We both had the New Englander hot dog, with sauerkraut, bacon, mustard, relish, and cole slaw. It was pretty good, but we weren't blown away. I felt that it would have improved the hot dog for the bacon to be much crisper, or cut into smaller pieces; it was hard to bite through the bacon neatly. 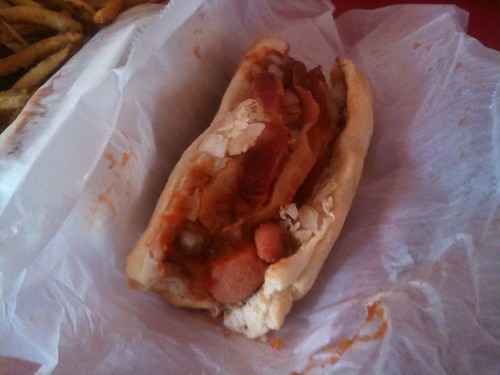 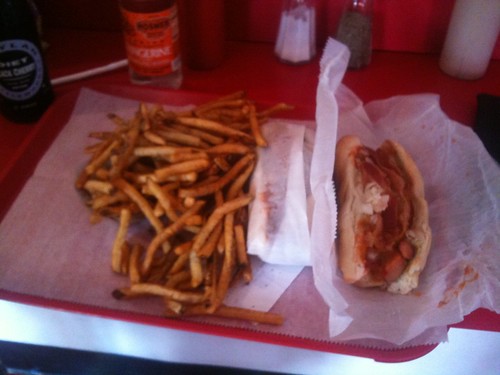 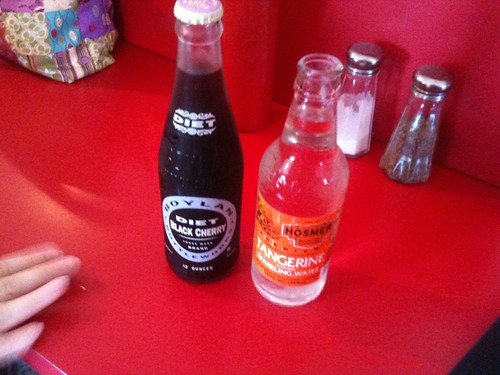 It's daylight; it must be time for ice cream! This stop was at Rich Farm, a dairy farm in Oxford, Connecticut. 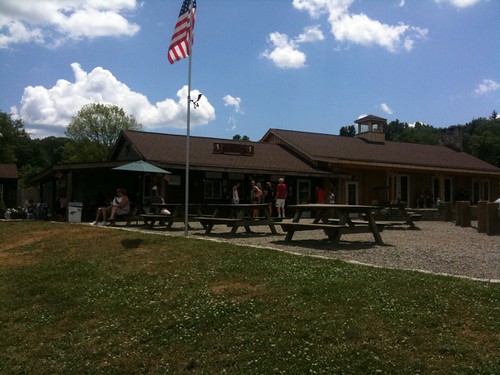 I took a look at the menu, saw "Razzmanian Devil", and decided "that sounds intriguing, I'll have that." In retrospect, I should have sampled it first. I had expected it to be raspberry or raspberry-with-stuff; it turned out to be vanilla with a barely-tastable raspberry ribbon and bits of chocolate that overwhelmed the raspberry taste.
Note the size of this cone; this is considered a kid's cone. 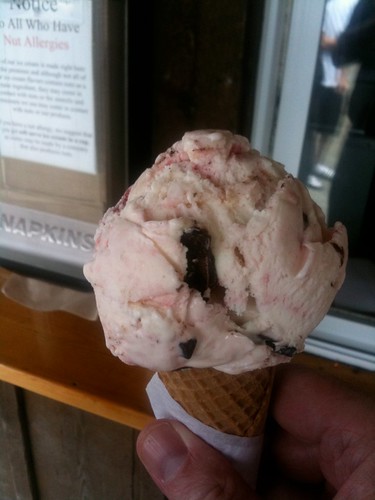 Lori chose the peaches and cream ice cream, because it had been mentioned in http://www.roadfood.com/TheBest/NewEnglandIceCream/1-1202/rich-farm. The chunks of peaches were very bright orange, not the yellow-orange that I associate with peaches. It made me think of canned or frozen peaches, though I don't know anything about the treatment of the peaches besides the color. The flavor was mostly creamy, not the bright peach taste that I associate with my favorite ice cream.
This cone is a "small". We realized we didn't have a chance of eating it quickly enough to keep it from melting off the cone, so I got a dish for it before it landed on the ground. 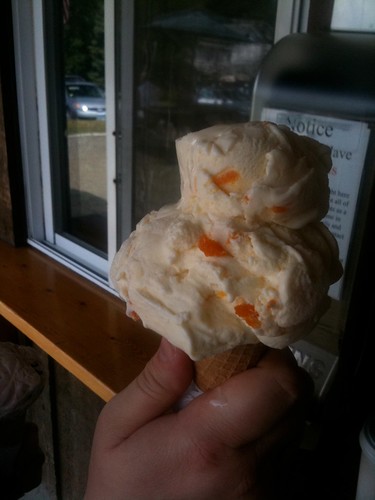 I took this picture facing away from the ice cream stand, to try to have something obscure for the "Name that Roadfood restaurant!" forum thread. It ended up being extremely obscure; I felt a bit sheepish about how hard t was to identify. 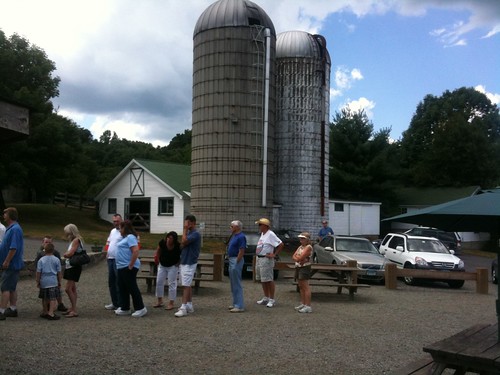 Next up: Dottie's Diner
Collapse