I made sure to sample the green corn tamale from Tucson Tamale Company, because we had met the proprietors at the opening party and enjoyed talking with them. We had been reassured that the tamales were mild enough that even Lori could eat them, but I was doing a scouting run to make sure. The tamale was indeed very mild, and very steamy and fragrant - but tamales are one of those dishes for which I have some deeply ingrained misconception, such that tamales never taste the way I expect them to taste. 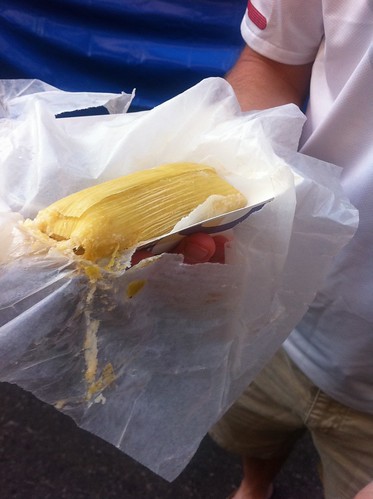 The fried artichoke hearts from Chad's Bistro were one of the highlights of the festival. The breading was crisp and a little bit spicy, the artichoke was delectably soft, and the spicy ranch sauce really made it bloom in the mouth. The five of finished these very quickly. 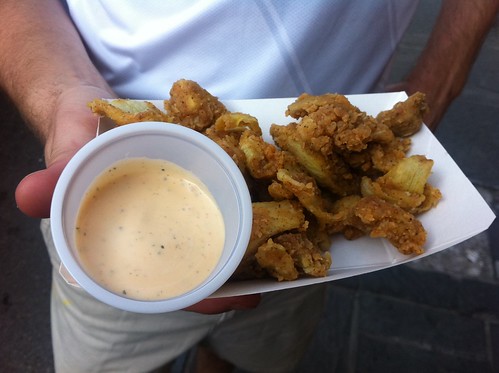 We talked for a while with Wayne Mueller of Louie Mueller's Barbecue. Exciting news: he plans to start shipping barbecue this year! 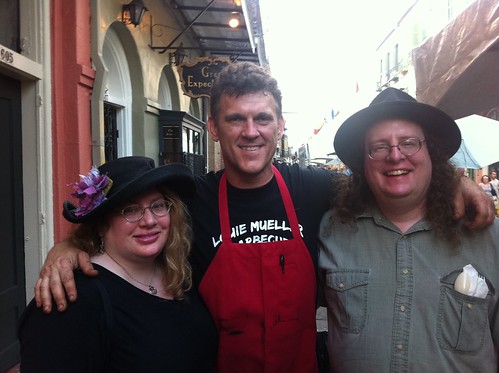 Antoine's Annex was serving baked Alaska, which was on my bucket list of things to try someday. Baked Alaska is a layer of pound cake, a layer of ice cream, and a layer of browned meringue, topped with chocolate sauce. I thought it was no better than an ordinary sundae, but Lori deemed it so delicious she made sure to get another bowl on Sunday. 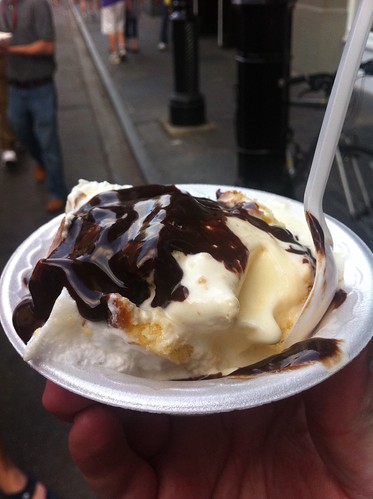 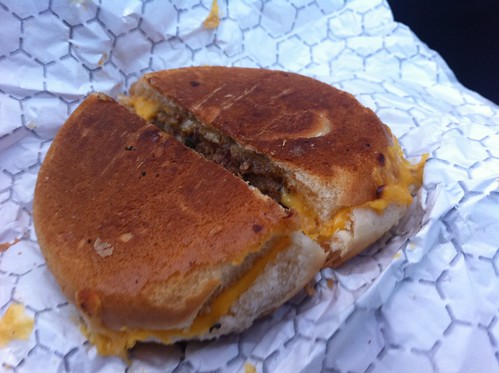 If you're only going to watch one of my videos, make it this one: as we were finishing the grilled cheese boudin sandwich, a wedding procession came second-lining along Royal Street past the food booths. I particularly like the parasol-twirling from the bride and the groom. (The major jitter in the middle comes from my cheering; again there's that tension between participating and recording.) Lori proposed that we should get married again, so that we could have a procession like that.
Lori says that this was the fourth or fifth wedding procession she saw that day. Why didn't we have a procession like that at our wedding? Aside from it being a rainy day in Pittsburgh with a driving distance between church and reception site, and our having no knowledge of this tradition, that is?
Collapse